Many often used to say that we understand the true value of things only when we lose them.
A kind of thought, like many others, who are lost in the crowded heap of acclaimed banalities.
Yet, history tells and frequently recalls that, in the ingenuity of the recurrent painting, new colors are hidden, giving an original sense to the past.
Perhaps, this is the only way to write other stories.
As the day when the girl with a skin as complex as her origins was invited by the literature professor to read her composition before the class.
A sort a poem around the given topic, a goodbye letter and a heartfelt prayer, all in one page, writing without thinking, with a naked heart and trembling hands.
Maybe something made of incautious words, considering her audience, far from ready to accept such gifts, at least on paper.
Despite that, someone should start to incise the latter with something sadly honest.
Before the teacher's exhortation, Nadine tried immediately to protest with an eloquent nod of head.
She showed imploring and anguished eyes.
Then she gripped the edge of the counter with her convulsed fingers, hopeful to escape from the main scene.
Nonetheless, she began to look around, peering at the faces of the comrades pervaded by boredom and 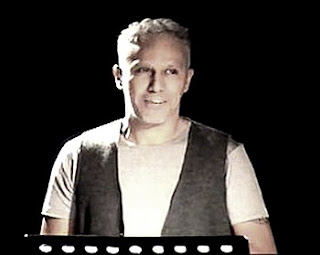 indifference. Between them she saw also a bit of curiosity on a girl.
One who had often asked her how she was and really listened.
Well, it's worth going on stage, when there's at least one spectator, is not it?
Nadine quickly cleared the meters that separated her from the teacher with the page on her hand, her page.
She grasped it with pride and emotion at the same time and read the words, her last ones: "Life takes away, life gives back... It took my parents away, first dad and a couple of years later Mom, because death is a demanding lady, so it’s fate, just as the monsters that undermine the story which I ended up in. War has stolen clouds and earth, has devoured home and things, has made the road, the place where you should be ever hurry. In the worse scenario, you must run, in the best, you get safe and survive the walk. The bombs have left behind rubble and hate like damn children, who in turn have poisoned the blood of many, too many, among those who have never been imagined anger as the only possible weapon. Life takes away, therefore, life gives, right? The first part of the story is sure, because a cruel witch has stolen the country under my feet without let me aware of it, and so I woke up without a fundamental piece, the first one, the most precious geography, the one where to begin a memory. So the worst moment has come, when you begin to get used to being slowly stripped of everything that really matters. Because, perhaps, sooner or later life will give back, but in the meantime is cheating time, the meaning of the latter, or the gift of now. The privilege of being able to stay still and not to worry about later, in short, the lightheartedness of the age I still had, which I still have. Life takes away, perhaps gives back, but often deceives. It has given me a ship and a horizon, a hope and traveling companions, vain frills to disguise a sadistic illusion. It has taken away my rights and serenity with a single blow, through a fierce wave, one of those that throws you on the ground and takes away more of what remains. And what remains is everything, to me. Because it removed relatives and cities, dawns and sunsets of my buried childhood, erasing my trust in the others and in the future, empathy from the looks of passers-by and even those who should know me. Yet, life seems to be never satisfied and last week decided to close the family home that hosts me, so tomorrow I will have to leave. And although you were not the best friends of the world, you were just what was left, that was all to me. I don’t know where I will go, but maybe, the day will come when life is about giving back. Because everywhere I will be, I’ll know that you, all of you, in this room and out there, are and will always be the only thing I have. "
Many used to say that we appreciate the real value of things only when we lose them.
Well, at that moment we also discover what we have been and could still be to others...