The dream of the diverse child


Once upon a time there was a child.
A child who was different.
Not by birth, I have to be clear.
We come to the world unique, there is on the packaging of the soul, but it is one of those special warnings, written so small that to read them you must have your eyes really open.
He became diverse as soon as he opened the door of his life to his neighbors.
I am talking about superficial differences, as most of those that determine the boundaries of what should never have limits.
Read as well as the neglected intelligence.
Nonetheless, they were there, every day among the first ones of the small protagonist of this story, as increasingly thick and marked lines to surround the reflected image.
"A spell," thought the child, "this is a bad magic with much evil intentions, able to imprison me in a mirror of the fraudster kind, which gives you only two dimensions, at most three, instead of infinite." 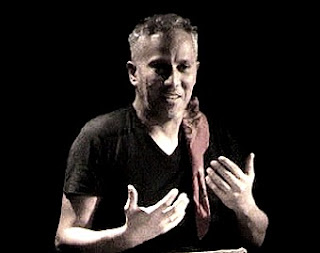 Then, like all the young creatures of this earth, finding no support in his loved ones, no longer capable of opposing the gruesome spell, the child relied on the only good magic capable of surviving in such cases.
He chose to dream.
Well, when this does not happen as a mere consequence of sleep, sooner or later you find what you are looking for, or so they say at the entrance.
He closed his eyes and felt light, so light as to be lifted from the crazy life which he lived in and flew. But not like birds or planes, but as only a child may do when he needs to find his house.
In fact, as soon as he left the earth behind him, hovering in space, he began to jump from one planet to another as if it were a game, one of the easy ones you can do with little, that is all you have.
However, he was not there just to play, rather to find.
He then stopped at the first planet, which was a star, but of the nice ones, which shine, but do not burn.
Yet, in spite of so much glare, it was inhabited only by blind people.
The child rejoiced about that and immediately tried to become their friend.
"Here I will be happy," he thought, "because no one can see me as a diverse child."
Nevertheless, with the passing of time, he had to change his mind, because no one was able to observe anything else.
Among all, his smile and his eyes when they joined such an amazing show.
Therefore, he thanked the blind creatures, greeted them with affection and return to jump.
He then arrived on a planet that was actually a meteorite, but welcoming, without sharp edges and with a soft floor.
Even the inhabitants of this world did not have something.
They could not speak.
"Perfect," the child told himself, "I will live peacefully here, because none of them will be able to insult me and say unpleasant things about me as if I were not there."
However, even this time he was disappointed, because none of them could ever call him by name, respond to his greeting, tell stories aloud, sing honest songs and above all give voice to those feelings that need spoken words to warm the hearts.
So he reluctantly greeted the new friends and with a few tears around the edges of his eyes he walked away into the clouds.
He jumped again and this time he landed on a comet, but one of those that go slowly, to allow anyone to get on board and share the trip.
Nevertheless, the comet was also inhabited by people who lacked something.
They could not touch each other, in any way.
"Great," the child thought. "Here I will be safe, because none of them will ever be able to beat me."
However, even in this case the reverse of the medal was unacceptable, because in that bizarre world there were no tender caresses and warm hugs, affectionate pinches on the cheek and encouraging pats on the shoulder.
There was a perennial and insurmountable distance between everyone.
Like a damn wall.
The child left the inhabitants, although they had been so hospitable, and flew away.
Do you want the truth?
Leaving from planet to planet, from one star to another, between comets and meteorites, he is still there, up in the sky, alone.
Desperately looking for.
Us...