The wonderful weapons of the little ones

November 01, 2018
The wonderful weapons of the little ones


A lightning, blackout, everything away, somewhere, up there, where everything works, and that everything is needed to live.
A lightning, another one, down there, where the darkness is home and, of course, it's not scary at all.
"Dad..."
"Yes?"
"I had a nightmare."
"Tell me, I'll listen to you."
"No, it's a short one, only two or three seconds."
"I'm interested anyway, go."
"I told you, Daddy, it was all very fast. At the beginning of the dream I was in a beautiful house, full of chandeliers and colors, and there was music, you were dancing, and mom was still here, with us, as if the bombs..."
"And then?"
"Then, just a moment later, the dream began to crumble."
"What do you mean?"
"As if I was reading a beautiful book and an evil magic broke the pages in small pieces."
"Are you scared?"
"No, I'm just sad." 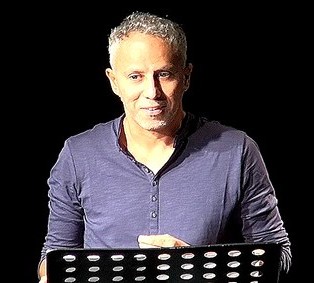 As for the nightmare, the man needed just two or three seconds to intervene.
"You must not remain sad."
"Why?"
"Because the dream is not over and you've already understood what's happening."
"What are you talking about, Daddy?"
"I’m talking about the evil magic, you were good at finding the guilty."
"Really?"
"Yeah, but we have to fight back, you've been challenged."
"What can we do?"
"First of all, we can resist the attack by pulling each other up, and then responding blow by blow."
"How, dad?"
"With the weapons we have."
"What are they?"
"Hands, raise your hands with me and knock them hard against each other... good, go on, don’t stop."
"Does this bother the evil magic?"
"Of course, because this is our music, the sound of those who love each other, of the family that we still are. Do you see it starting to tremble? "
"You're right, Daddy, the evil magic is shaking."
"So, let's not stop. Now, do you remember that thing you hummed last night while we were washing the bowls?"
"Yes I do."
"Well, all is not lost, let's sing it together."
"But it's not a real song, Dad..."
"Right, but evil magic doesn’t know it, because evil spells know almost nothing, they're ignorant. This is their strength, but also their weakness. So, let's sing, sing at the top of your lungs without stopping to clap, because this is the song of those who never give up. Can you see it starting to back away?"
"Yes, dad, it's true! And now?"
"Now, let's finish, stand up and dance, as when we are cold and we used to do it to warm up, than to just move."
"Now?"
"Now, and every moment that we’ll have to."
They went on like that for a while and then they went back to sleep, even stronger than before.
Because evil magic can only be defeated with a little.
That's all.