All in one night

It is right.
There is something correct in all of this.
I mean, it must go like that, and it must be accepted too.
That's what I tried to explain to my children, when they learned I would have been at work, that night. I'm the last one, and also the youngest.
It’s your turn, they said.
It is, I obeyed.
Because this seems the sense of an already written destiny: you have to welcome and get the best out of what comes.
The kids did not like it and they made me feel it in every possible way.
My wife has given her best to do the opposite, but I already know that she has suffered even more, for a thousand other reasons.
Among them, the fact that we are waiting for a third prince, who is a princess, and we are just a month before the race’s end.
Besides recently we have moved in a new house, everything is unknown, from the neighborhood to the neighbors.
When the world sounds foreign and unusual you need to have the people you care most for on your side.
Nevertheless, I tried to reassure them on my return the next day. We would have been fine as never before, I promised.
Well, is not everyone's desire, inscribed on the common horizon? 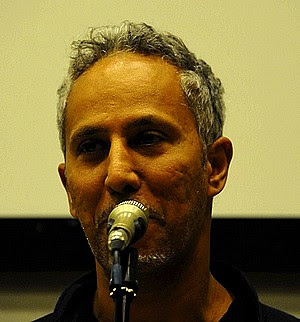 So, I went to the police station in the late afternoon and I started my shift.
After enjoying a quick sandwich for dinner, my colleague and I had our first meeting.
One of them.
Brown skin, gray beard, shabby clothes and above all a blank expression, sometimes absent.
The man wandered with two plastic bags full of rags on the middle of the street, the reason for the detention, in addition to the usual absence of a regular identification paper.
The guy, being in a serious state of confusion, is not able to answer the questions, my concise conclusion.
Then, I close the cell.
Who knows where he comes from, asked the colleague, also a novice.
Who he really is, this is the answer we both do not search for.
Because it is not our job, they say.
But, after all, is there a profession that has the task of understanding who we really are?
I did not have time to lose myself in further pindaric flights because the favorite number on the cellphone activated the ringtone.
It was nice to talk with children and wife, but also poignant.
I sensed the tears behind the words, and at the same time I felt mine outcropping from the heart.
Yes, I know, sometimes I feel excessively melancholy.
The truth is that when I was young I wanted to be a romantic poet, but then the crisis, the family layoffs, and here I am following the paternal advice: the uniform can feed you, rhymes not, my dad sentenced one day among the most bitter.
Anyway, later we received our second visit.
A girl from Eastern Europe, I think, found semi fainted on a road usually marked by the presence of prostitutes.
The succinct clothes confirm this hypothesis, I wrote about it on the report. And, as for the previous case, I noted the difficulty in finding information on the identity of the woman, who mumbled nonsensical phrases.
Nevertheless, another cell was closed.
At that moment I took advantage of the colleague’s generosity and the cake prepared by her mother.
It was a minute to midnight, everything was calm while we were enjoying the dessert.
Strange taste, I thought, sweet on the palate and quite the opposite where the aftertaste of living is grasped.
A few seconds into the new day and the buzzer on the phone invited me to read my wife's wishes.
I replied with all the little hearts and smiles I could draw.
At the stroke of midnight we heard the cry.
That is, the third and final meeting of that strange day.
We both ran at the police headquarters entrance and we saw the screaming bundle.
The few months baby, visibly oriental, was wrapped in a cover inside a cardboard box, was the brief description of the scene and the related report.
We immediately brought him in and my colleague, despite having no children, with remarkable skill took him in her arms and began to calm him sitting next to the hot radiator.
This was my work shift, I told the next morning to family and relatives joined for the ritual lunch.
It all happened in one night.
That is, it was the time for everything that happens in each moment, but it escapes us, beyond the confines of the reassuring personal picture.
Like the Christmas night.
It is wrong.
There is something wrong in all this.
I mean, it should not go like that and it should never be accepted without asking questions, avoiding protest or just discussing.
Because it is a special day, this, I tried to explain to my loved ones sitting around the full table just before exchanging gifts.
But I see the beautiful crib that we have placed next to the tree, the cave, Mary, Joseph and the Baby, and the more I think of those three wretched lives on the just passed night.
There is something right in celebrating the blessed events, we must be happy with what we have when we have it, because it is not always like this, I have no doubts about that.
But there is also something terribly wrong, underneath.
Maybe, when the parties will be over, we all should do something about it... 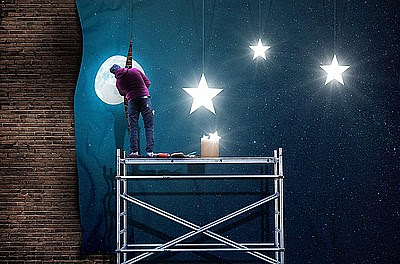