Yes, I know.
She has it all, my daughter.
We spared nothing, my husband and I, and no one ever dared to speculate who resembled more, as they say to couples with young children.
From exotic origins to different abilities – if we want to call them with affection and respect.
From the original brain to an equally unusual way of perceiving and expressing emotions and feelings.
From everything that can be called defect, impairment, disturbance or not, but it is noticed.
Well, you cannot avoid to notice my Liza.
I was expecting it, yesterday's scene, when we came back from school.
I knew it would happen sooner or later.
"Mom, I have to tell you something really important,", she told me once at home.
Well, when a nine-year-old girl tells you that it's really important, you have to believe it.
So, we went to her office, better known as her bedroom.
"Tell me everything," I told her when we settled on the bed.
"Mom," she confided to me, lowering her voice and her head too. "Today a kid told me that I'm too different and that this is not good."
Sensing the suffering in the tone of her voice, as well as in the posture, I tried to contain the irritation towards all the idiot kids of this world. 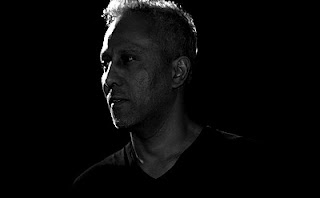 "Is it true, mommy, that I am too much different and that this is not good?"
You know? I could not resist. Once in a while the truth must be said to our children.
"Too much, I don’t know, but I'll tell you something. You are different like Superman and Thor."
"Why?"
Then, the maternal lesson / heartfelt monologue / inspired declamation all in one breath started.
"Because Superman and Thor are not only unique and different from all human beings, but they are also two immigrants, if we want to say it all. They migrated from another planet passing the atmosphere wall, okay? Spider-man? Do we want to talk about spider man? Let's do it, because he's a different man, he's not a human and he's not a spider, but both of them, so mixed-blood, right? But he's not alone, you know? Wolverine and all X-Men are mutants, or different people, clear? They’re different and often discriminated for what they are: special, extraordinary, w-o-n-d-e-r-f-u-l creatures. However, there are not just superheroes, you see? Even cartoons, comics and also fairy tales are full of exceptional characters that were not accepted at first as they deserved: Dumbo and its fantastic wings exchanged for ears, Alice and her uncontrollable imagination, Peter Pan himself and all the lost boys, the poor, mistreated and humiliated Cinderella. Some who have been forced to live away from civilization to succeed, such as Robin Hood and Mowgli, and others who had to work hard to figure out who they really are, as Pinocchio and Simba in the Lion King. What about literature and cinema? Do you think they don’t prove that? You're wrong, because despite being as short as a dwarf and having two giant feet, Frodo is the bravest of the company. Don Quixote, though a bit 'crazy, is an example for purity of mind and intent. The creature of Frankenstein would risk ending up in some specially created reality show, like the Island of Monsters. Instead it should be considered the best proof that what man creates may be more human than man himself. What about D'Artagnan? The only one who has no title, birth and possibility to be a musketeer, has become the best in France. And despite living alone on top of Notre-Dame, Quasimodo is the first one I would like to walk through the streets of Paris with, maybe accompanied by the verses of Cyrano of Bergerac. But let's not forget Harry Potter, mistreated and forced to live on an under stairs by his uncles since he was considered abnormal. Because magic is just another kind of diversity. It’s what makes Godzilla special, which is not a dragon or a dinosaur, but is the largest and most powerful because it has the best of both. This is why King Kong is the leader of its island and humans do everything to obscure its light, mad for envy and fear. Luke Skywalker teaches us that when you can figure out who you are and learn how to use your gifts you are the hero everyone wants to be, because the force flows vigorously in you as in him. You have a treasure inside, which is called fantasy and all the pirates of the world, especially those who are forced to run away like Jack Sparrow would agree with me."
Well, only at that moment I realized that Elisa had fallen asleep.
I put a cover on her and moving my lips to her ear I whispered: “Dream, honey, dream of the characters I told you about and with them the life that awaits you. Because you are different and, thanks to that, one day you will be happy and admired like all of them.”