This is a love story.
Yes it is, if I think about it with the right attention and the best clarity.
It does yet.
Once upon a time there was a man called People.
He was a man like many.
Arrogant and awkward, often.
Confused, most of the time.
Vulnerable, despite appearances, and unpredictable, in every moment and each place.
However, like many others before, he was used to see his own mind defeated on the living field by emotions.
Especially from those that were not easy to name, and as much as he had felt in his life, live feeling always managed to find him unprepared.
Because every time the heart quivers and the belly trembles everything is always like new, it is written somewhere within the soul’s folds.
The moment that best demonstrated this assumption occurred when People met her. 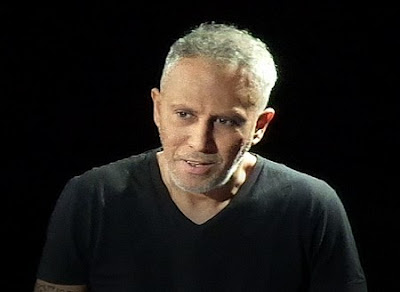 Equality was a proud and very indipendent girl.
Beautiful as only the creatures who are not aware of their own attractiveness can be.
This is a precious quality, since those who ignore their talents save didn’t share their vanity with the world.
He was immediately in love with her, and did everything to get noticed and, above all, loved from her.
Nevertheless, he did as People do.
He raised his voice, he rang it, he praised her name and virtues, he ran away and then went back, he went down into the square and overwhelmed with arrogance and vulgarity every obstacle that dared to stand between him and the craved woman. Coming to idolize her as a goddess on earth, for whom to sacrifice everything except his own pride.
It was useless.
Everything seemed lost, when just at the moment when he did what People often did not, she noticed him: when he was silent, attentive to her words and her gestures, respectful of her times and her pauses, and more than anything else proving himself capable of remembering every detail, in addition to the precious essence, if required.
So, despite not as immediate, it became a mutual falling in love.
Those were good days, when everything was still possible.
Mark this time, if you live it in the real one, because it has a value that you will regret.
Nonetheless, the best was ahead.
“Smile People,” said Equality.
“Rejoice with me,” she added, “because soon you will be a father.”
That happiness joined them further in a hug that promised a happy future.
Until the expected gift arrived.
A child with the eyes of a never seen before kind, with hair of a never defined before shade, with skin of a hitherto unknown color.
“People,” said Equality unable to look away from the small creature to her chest, “we’ll call her Diversity.”
I do not know if it was the name itself, or the consistency with the appearance of the latter, but from that moment People began to move away from the wonderful family that he had helped to create.
Until going away from home, leaving the two without looking back.
All because of a belief, however crazy, or a delirium, however structured: you cannot love both, Equality and Diversity.
Although the latter is a former’s daughter, although they are blood of the same blood, and although this is the same for People.
I had said it at the beginning and I cannot help but reiterate it at the end.
This, ours, everybody’s, in spite of what the chronicles of the world might tell you, it is a love story.
The love for all that life entrusts us to care about.
Because only the latter, not reason or science, can help us stay united.
As one people, equal and at the same time diverse...