We have a clandestine on board

A short story by
Alessandro Ghebreigziabiher


We have a clandestine on board.
So they screamed out loud as soon as they saw me.
A clandestine, that's what I am to them.
Me, a clandestine? How did we get to this?
I tried, I really tried to explain myself, to implore them, to make them understand that they condemned me to certain death, but they didn’t want to hear my reasons.
They lifted me and escorted me out of the ship about to set sail.
"The boat is so big, it's huge!" I said. "Don’t tell me it's a matter of space."
They did not, in fact.
It's just a personal thing.
They just don’t want with me.
"That's racism," I shouted, and they laughed, as expected.
Come on, I admit, I was waiting for that.
However, as they took me down from the boat I was able to see who had instead been welcomed without discussion.
"What kind of people are you" I exclaimed with all my heart.
"I saw you raised cats and dogs, and even pigs, horses and oxen, pheasants and lizards, even rats and scorpions! Since when have we become less important than the beasts?"
"Not we", they specified. "Just you."
That is, me, to worth less than an animal.
Because I'm a clandestine, they added.
A true one, they have specified.
"Me? Is that a joke?" I screamed in a hysterical voice that aroused their further laughter.
So, given the danger of the situation I was in, I tried to convince them at any cost. 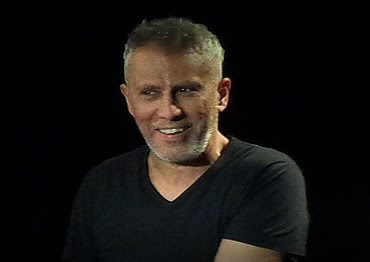 "Please, let me stay," I begged. "I will do anything, I’ll clean the bridge, wash your clothes, shine your shoes, cook for you and do all the humble and tiring, degrading and dangerous jobs you won’t do."
Want you know what they answered?
They said everyone here does everything, including the captain.
So, I did my big voice and asked to talk to him.
So, they satisfied me and the boss arrived.
That is, she has arrived.
A girl, young but with deep and serious eyes, who has known the harshness of life.
I was frightened and the look which she was watching me with was able to instantly extinguish any attempt to assert, if not my reasons, at least my desire for survival.
"We all want to survive", she said.
In the meantime I saw all the passengers appearing over the shoulders that unlike me had been welcomed.
So they started to stare at me with a mixture of compassion and anger, curiosity and even satisfaction. But the thing that left me breathless is that they were of an impressive heterogeneity. It seemed to admire a human rainbow, with so many shades of complexions, multiple looks, as well as the color of the eyes and the hairstyles.
Then, I made a last attempt.
"You don’t only have animals, with you! Why they can stay, and I don’t?"
"Because during all their lives they have been travelers and you have done nothing but prevent their arrival," replied the woman named Noah, before finally getting me off the new ark. "You were and always will be the only clandestine aboard humanity."
Well, I'm here now, when the waves are coming. But I will stop them, I will raise a border, or rather, a wall, I will be the final bulwark, you won’t pass, this is my land...
Fade, the end.