Do you need anything?

A short story by
Alessandro Ghebreigziabiher


We dream.
We often forget we did, but sometimes something survives in the morning.
Frequently it’s the most terrible nightmares to see the daylight, but even some beautiful dreams cross the threshold of consciousness and are the most vivid ones, despite improbable, with hints of reality that often is more tangible than what we actually touch every day with bare hands.
The same happens with some stories and at the end of the day you don’t know if you've dreamed, or just read a strange tale.
This is what occurred to Sam, eleven years and a rather vulnerable imagination before the castles in the air that surround us every day.
That Sunday he had spent most of the afternoon in the hospital to visit his grandmother, ninety years old and a destiny now marked by the usual, unforgiving tumor.
The good thing was that all her children, and most of the relatives, were close to her, to accompany her in the last part of her life.
In the evening, after having dinner and watched some TV with his parents, the little boy went to sleep, full of thoughts.
He turned off the bedside lamp, closed his eyes, and after a few moments he fell asleep.
The REM phase didn’t take long to go on stage, with the unconscious manager to lead his amazing theatrical company of memories and fantasies. Because, let's not forget, at eleven years dreams have such a power to create great shows, this is undoubted.
"Welcome, doctor," a young lady in white told him once the curtain of his brain had opened. She was so much like the nurse who was taking care of her grandmother. "I accompany you for your usual visit."
Sam accepted without discussing the role assigned by his psyche.
Because, let's not forget that too, at eleven the courage to get involved is also spectacular. 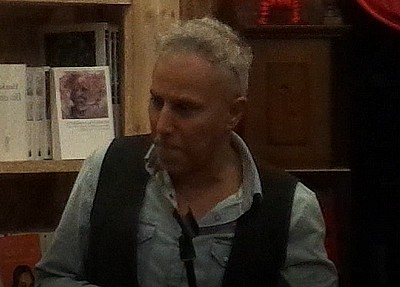 "This is a hospital, right?" He asked to be sure where he was.
"Sure, doc. We are in the ‘clinic of the contrary needs’. "
"And I'm the doctor."
"Sure, you're not an adult like our patients."
"Don’t we have children patients?"
"Doctor, are you kidding me? You and all the kids are the only ones who can treat those grown-ups."
Sam didn’t understand what the girl meant, but it was only a matter of time before he had it all clear.
"Come, let me meet our guests."
They entered a room, also very similar to the grandmother’s, where there was a guy in front of a computer who was talking about stock exchange and shares.
"As you well know, doctor," said the nurse, "here we treat the misunderstood needs. This man is convinced that it’s nature that needs us when it’s exactly the opposite. That's why he loses his time making money, instead of taking care of the environment."
The second patient was a guy who, with lime and bricks, was intent on pulling up walls after walls around him.
"This man believes that immigrants need him, ignoring that it’s exactly the contrary. Because humanity is just the one who knocks on your door. Without you’re like an endless desert, where mirages are all that will remain in your hands at your death."
The third patient, on the other hand, was a guy who had stuffed his head into a monitor, like a kind of diving helmet.
"He is the craziest one," said the girl, "because he is persuaded that he doesn’t need to listen to his neighbors, while the latter have this need. As if his voice is everything, and everything is the nothing that depends on it."
Another one swam in a bathtub full of cell phones, and he was the man who thought he needed a phone to meet others, neglecting the mocking reality.
"Which one?" Sam asked.
"Simple, doctor, you should know it better than me. He’s one of those men who are obsessed of needing objects, rather than the inverse. "
And so on, the journey continued in the clinic of contrary needs, where the adults were treated for their absurd contradictions.
So, at the end of the tour – and of the dream, he asked the most important question.
"Why am I the doctor?"
"Because only a child, who needs all the best that the adults might offer him, is able to remind them of the importance of welcoming the gifts of life and recognizing them if they are revealed."
Music, curtain closed, and sunlight through the window.
Sam lifted his eyelids and rushed to the kitchen, where his mother was preparing breakfast.
He approached her, he said good morning, the woman answered the greeting, and then the child whispered: "Mom..."
"Yes, Dear?"
"Tell me, do you need anything?"