Once upon a time there was a land.
It looks like an island, but it is not, really, it definitely is not.
Despite today's rulers do everything to make it seems so.
I mean, isolated from the world, from the seas and other lands, but also from irrepressible hopes, which you can simply call dreams.
This is what we live for, everywhere.
Nonetheless, there was once a land where someone needed to erase them.
So, where memory becomes more vulnerable, where the medications applied over time to heal wounds and deep lesions were rushed and superficial, imagine to delete the key fragments.
Read them as well as the story steps that explain you better when and why you were wrong then.
As if we removed the scene where the witch from Snow White's fairy tale tries to give her the poisoned apple.
How many women have learned from that to distinguish between a deadly fruit and a loving gift?
As if we obscured in the Iliad the moment when the brave Achilles succumbs to the Paris’ arrow straight on his fragile heel.
How many of us have so learned the art of carefully protecting our weaknesses?
As if we removed from the story of Pinocchio all the times he understands the stupidity of lying to the dearest people.
How many lies have we spared those we love, thanks to the example of the past story? 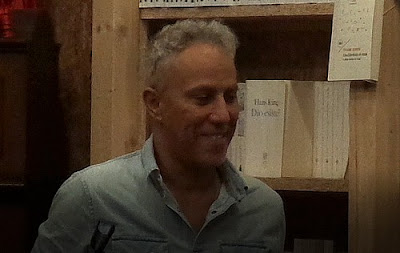 Well, imagine yourself living today in such a place, deprived of the ability to fantasize a better horizon.
Then, as it often happens, wind or destiny brings back what you have unnaturally tried to extinguish from your existence.
Our case, our story, is all there.
A ship that reveals itself on the magical line between heaven and earth.
At first it appears tiny, and slowly becomes big before our eyes, as the distances diminish and the illogical voids created by fools are filled.
It’s a special boat, the one that approaches our shores and invades the fears of the cowards.
It’s a ship full of living dreams.
It’s also a spell due to an undue cancellation, the one that infects your denuded eye of empathy and fantasy, which shows you only strange people suffering for the trip, spreading also threats to your safety.
Every face, each human form, every look, they are all literally dreams which we have lost value and knowledge of.
The dream of being alive the following day.
And the dream of drinking water at all times thirst requires.
The dream of having a bed of your own.
And the dream of having food on the plate at least once a day.
The dream that your child can still dream of.
And the dream that he can at least live, even without you.
The dream of touching the earth with your heart, even before your feet and hands.
And the dream of knowing that there is something at the end of the dream, which is worth it of dying and dreaming...