Stories with morals, to think about 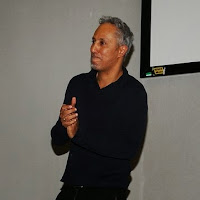 
Thin polar bear: global warming and other stories
Gun control story in the forest of the seven

New human species found in South Africa: why he is new

Youngest Cryogenically frozen person in the world: the awakening

Crime of torture in Italy: the blessed land

School ceiling collapse where we learn

Headlines today news live online: how much it cost

Not in my name from Rome to Paris


International Day of Peace or Pause?

Stateless people against people without State

The strange case of the New Zealand penguins

Evacuation Aleppo as soon as possible

Freedom of expression explained to Aliens

Philippines Manila fire and me

Terrorism: who, how and why?

When a journalist is killed

Robbers and robbed in Africa and the world

When butterflies go away

The life you waste

Of many G's and protests

The need for terrorism

The President's speech in front of the mirror

Dying for too much living for little

There was an attack

My name is Troll

When heroes need us

What's wrong with us?

The last dream of the submarine

What are computer virus

You ask me too much

When the poor see

Florida shooting: what we learned

When they talk about you

No one has ever been a colour

The populist and the dictator

Why are there chemical weapons in Syria?

When kangaroos get mad

I'm free and now I know

Story of the cave

Things I need and I do not

The world of lies

The true story of the man who invented Internet

Because people want it

The land of the damned laws

The wonderful weapons of the little ones

What is terrorism and what is not

The stain on heart